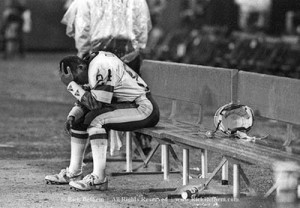 Employee Turnover - Are You Prepared?

Statistics indicate a trend in resignations that follows the calendar year. Since the ripe and impressionable age of five, North Americans have learned to associate the month of September with fresh beginnings; the start of a new school year, the onset of autumn, and the inevitable launch of yet another NBC series. This subconscious association is a key factor in September seeing 37% of the year’s turnover[i].

Turnover has a tendency to increase during economic expansion and decrease during a recession, which is why in 2011, Canadian companies saw an increase in the number of resignations. This resulted in a 60% increase in turnover costs[ii].

With September fast approaching, and an economy on the rise, employers have found themselves in the middle of ‘the perfect storm’ of employee turnover. And yes, turnover is expensive, but by gaining a better understanding of it, you can begin to leverage turnover to your advantage.

Turnover is a healthy and normal part of business, and can actually uncover some surprisingly valuable opportunities.

Don't fear turnover, prepare for it!

Though the costs associated with turnover can be extensive the short term, in actuality, turnover can be extremely beneficial to an organization; which can mean cost savings down the road. It offers the introduction of new talent, new skill sets and can lend to greater diversity in the workplace. Turnover puts the power back in your hands, giving you the liberty to reset salaries when introducing junior people into a role that was previously occupied by more tenured, higher-paid staff. This fresh talent will often come with lower salary expectations.

A study conducted by CBS News in 2011 showed that 84% of workers are looking to leave their jobs[iii]. This disheartening statistic implies that the majority of the workforce is uninspired or unengaged in their current position.

For tools, tricks of the trade, and resources available to you for free to help you to minimize your costs while maximizing the impacts, check out our free resources below!

[i] Source: Resource on Demand

[ii] Source: HR Metrics Service, collaboration by the BC HRMA, HRMAM, and HRPA