Bernadette Pughe joined TPD full time in 2006. But that wasn’t her first experience working with us – she had been a part-time Administrative Assistant at TPD in 1992. After some time at a different company, Bernadette rejoined our team 14 years ago and has been a key member ever since.

During her time with us, Bernadette has moved through several departments: recruiting, staffing, and sales. In her current role, she is the Manager of WorkWithUs, a nonprofit organization that TPD co-founded in 2016 to provide work opportunities 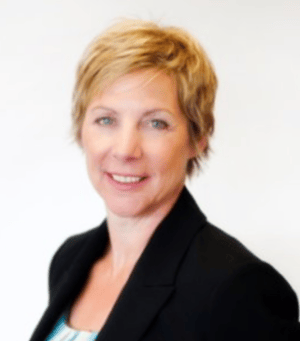 to people with barriers to employment.

“My favorite thing about TPD is the ability to meet and work with so many different, diverse and interesting people and clients - to change roles and learn. I’ve had the opportunity to work and live in different cities and countries, and now working exactly where I belong at WorkWithUs, which combines my personal passion and professional experiences,” she says.

During her time at TPD, Bernadette has seen a lot of change! A notable one was the switch to a more casual dress code. Back in the ‘90s, she recalls, everyone in the office wore navy blue suits. Another big, more recent change was our transformation to 100 percent paperless systems.

Bernadette says her proudest and most memorable project at TPD was supporting disaster relief efforts following the  Calgary floods in 2013. TPD provided 150 workers and coordinated transportation to 30 different locations.

“It challenged me both personally and professionally. I think it is the hardest I’ve ever worked on anything,” she says. “There was such a sense of pride and accomplishment to see the cities slowly come back to life – it really took a massive effort to pull off. I still have a little handmade card from one of our team members thanking us for the opportunity. I’ve stayed in touch with a few of our team members and, every once in a while, I get a connect invitation on LinkedIn from someone who worked on the project.”

Thank you for your years of hard work, Bernie! We couldn’t have done it without you!